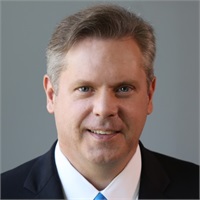 Our firm is guided by Craig Columbus, one of Wall Street’s most respected strategists and “big picture” thinkers.  He oversees investment decision-making and sets the strategic direction of our firm.  Mr. Columbus is a popular speaker, known for identifying key macro trends and distilling complex analysis in an accessible manner.  He also frequently shares his insights across a variety of prominent media platforms.

Mr. Columbus previously served as both a professor and department chair at Grove City College (Grove City, Pa.) and has also been a scholar at the Center for Vision and Values, a policy think tank committed to free-market principles.  He co-authored the popular financial ethics and reform book, "God and Man on Wall Street: The Conscience of Capitalism.”  In 2007, Mr. Columbus received the Achievement Award by Penn State’s Smeal College of Business for contributions to the field of finance.