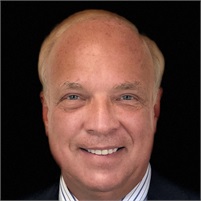 Mr. Matta oversees Columbus Macro’s government-focused, Taft-Hartley business development initiatives. He brings extensive experience in government service, with more than 20 years as a public official in the State of Pennsylvania. Prior to joining Columbus Macro, George was elected as the Allegheny County Clerk of Courts and was appointed to the Allegheny County Pension Board. In his hometown of Duquesne, he was twice elected Mayor and once as the City Controller. Upon leaving public service George held a variety of positions within Pittsburgh’s corporate community. including the Director of Business Development and Community Relations for the Pittsburgh Supercomputing Center.  Mr. Matta is a graduate of Penn State University where he received a BS in Business Administration.  He also holds an MS in Business Administration and Industrial Relations from St. Francis University.